One hour more and another year will be over. This date, this time, will never be back and we won't be able to live this moment ever again. It will only be read as history in old newspapers or books. Time flies, it is really true. 2015 went by so fast that it seems it was just yesterday 2014 ended but it is already a year long.

It feels the time is flying away from my life but, I am still where I was. I never made any new year resolutions but this year might be different or maybe just like any other year, I always thought the coming year will be different. But this time, I am more determined to change my life. Maybe, it will really be different. Who knows what God’s plans are for my coming year. :P

Like everyone else, I too again want to change a few bad habits like sleeping late and waking up late, procrastinating things, laziness, etc. In the coming year I have decided to pursue new hobbies like learning guitar, but first of all, I have to buy a guitar. Then I want to buy a DSLR camera and there are a lot more things I want to do, like building castles in the air. (Lolz .. :D)

These desires will never end, I know. Let's just see what 2016 is bringing for me. Hope it will be something good and exciting, and not boring like 2015. 2015 is just about to end in 15 minutes more, I can already listen the sound of crackers from outside. Yes, I am not having any new year bash like always. This year I have decided to sleep early but it seems I am already late. So bye bye 2015.

I wish a very Happy 2016 to all of you. May this year be your best till now and you achieve whatever you desire for. :)

This is the most serene and beautiful place in Delhi. Always been my favorite ever since I had a visit for the first time. It is just different and not Delhi type. It feels like you have come to altogether a different state (ignore some stupid Delhi people around :P). It lets me be stay calm in my own dreamland of nature.

This picture was taken in summers during one of my trip to the place with my friends. And it is captured on a mobile camera of one of my friend by me of course. I am yet to buy a DSLR :P

PS: It will be my first blog post from mobile. And it's not so feeling good posting from mobile.

PPS: Merry Christmas to all my visitors. May this one be your best till now and Santa gives you all that you wishes for :)

To view more magical skies from around the world, click on the on the image below.

Aisha was dejected and broken from inside, tears were rolling down her cheeks, as she stood on the staircase of yet another office where she got rejected for a job. She was really disappointed with herself and almost lost hope of achieving anything in her life. She was feeling exhausted and didn’t want to try anymore for anything. She just wanted to do nothing at all, she was left with no energy within her to try anymore. She was crying, uncontrollably.

Then, she heard someone’s steps behind her and tried to control herself, wiped off the tears but, still the guy understood that she was crying.
Aisha looked at him from the corner of her eyes and immediately recognized him. He was the same guy who went for the interview next to her. He came to her and said:

Hey, don’t get dejected it was just another job you deserve better than this.  You were not meant to be here, you will find your destination. Whenever you get rejected somewhere or failed in something, just remember it was not meant for you. You deserve something better than this. Never lose heart for the small failures you face and there is no such thing as big failures. There is always something better waiting for you next door. Just keep looking around and never get too much disappointed. Because, too much disappointment and negativity makes you weak and distracts from performing your part well, that is hard work and hard work only. Just keep going and you will reach your destination one day. 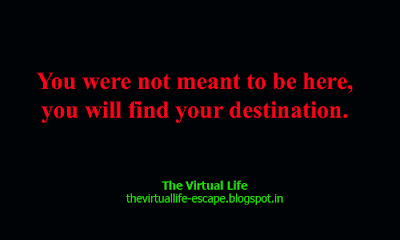 Posted by Anjali Saini at 11:36 PM No comments:

I know it’s time
To not give, to not expect.

I know it’s time
To let you be careless, to be ignorant

I know it’s time
For me to care less, think less and feel less.

I know it’s time
To move on and go away from you
Because, it won’t matter to you.

I know it is easier said than done
I know I should not care, but I still do.

I know I should not love
But I still do and will do.

You are reader number:

Dropped from Where and When 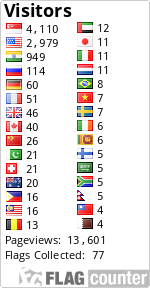